The increasing use of GPS devices makes it easy to keep track of others, but this convenience does have the potential to be misused. Legislators in Wisconsin are trying to prevent GPS legal issues with a bill that was recently approved by the Senate. The bill makes it illegal to put a GPS device on someone else’s vehicle without their permission. Those who break the law could be hit with a $10,000 fine and spend up to nine months behind bars. 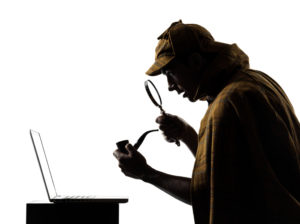 Republican lawmakers Rep. Adam Neylon and Sen. Jerry Petrowski drafted the bill out of concern that GPS devices could be used to track people without their knowledge or consent. The bill does make exceptions for certain groups of people, including parents, business owners with company vehicles and the police.

Anyone else who attempts to track someone using GPS could be charged with a misdemeanor if Wisconsin Gov. Scott Walker signs the bill into law. So far, the bill has been approved by the Senate and was previously approved by the House of Representatives in February. Since the Senate made slight changes to the bill’s wording, it has to go through the approval process again in the House before moving on to the governor’s desk.

The approval of this bill draws attention to potential GPS legal issues when this type of tracking is used without permission. One specific example of misuse that this GPS bill includes is someone attempting to track a spouse’s vehicle after filing for separation or divorce.

Fortunately, the bill is also specific in allowing GPS tracking on vehicles without permission to be used for legitimate reasons, such as police tracking a criminal, parents monitoring minors, business owners tracking company vehicles and lien holders tracking vehicles that might need to be repossessed. If this bill becomes law, it could lead to similar bills being drawn up and passed in other states.

Since many business owners would be exempt from this new law, you don’t have to worry about running into GPS legal issues while tracking your fleet’s vehicles. Visit GPSTrackIt.com/ to find out how our state-of-the-art fleet tracking system can help you manage your company more efficiently.