As technology improves, devices traditionally become smaller. The first computers filled up entire rooms. GPS systems are included in phones that fit in the palm of your hand. In a new twist, you may someday be visiting an electronics store to purchase your clothes. 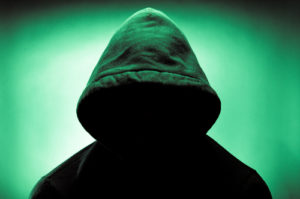 Dutch clothing designer Borre Akkersdijk, in conjunction with his textile business ByBorre, recently created the cutting-edge BB.Suit. The one-piece hooded garment is made from fabric with electrical threads actually woven into it.

Akkersdijk explains that he got the idea after hearing people talk about wearable technology such as Google Glass. He began to think about ways that the technology could be actually integrated into an item rather than simply attached to the outside.

He and fellow designer Eva de Laat partnered with associates from the Eindhoven University of Technology, Daan Spangenberg Graphics and Studio Friso to create a workable design. The final result has electrical yarn woven into the body and legs with a hood and arms made from conventional fabric.

BB.Suit 1.0 made its debut last March at SXSW, the influential music, film and interactive festival held in Austin, Texas. The garment itself served as a Wi-Fi hotspot and included a GPS and music library. Visitors were invited to locate the suit using its data on Google Maps. Once it was found, they had an opportunity to upload songs to music discovery platform 22Tracks.

The next generation of the suit was unveiled at Beijing Design Week in October. The upgrade featured an air purifier system that removes pollution surrounding the wearer. A hidden platform chip collects and tracks data measuring carbon monoxide, methane and dust. Information is relayed from a sensor placed chest-level on the suit.

Don’t clear out any space in your closet just yet. The BB.Suit is eventually intended to be part of a larger wearable platform rather than a stand-alone clothing item. But you can get immediate protection for your company’s vehicles and other assets with GPSTrackIt’s gps tracking solutions.