64% of trucking fleets are currently using a GPS fleet tracking solution in their organization. Adoption of fleet tracking is estimated at less than 20% among construction company fleets. This is surprising since some 80% of heavy equipment produced for the American market comes equipped with telematics. Dozens of OEM’s in the United States are trying to sell their hardware and software to the off-highway heavy equipment industry and its fleet managers. The data generated by telematics is increasingly useful to fleet managers.

According to Markets And Markets (www.marketsandmarkets.com), “The use of telematics solutions such as asset tracking, diagnostics, fleet safety, and fleet performance reporting is increasing in off-highway applications.”

Examples of this data include remote equipment diagnostics delivered through a wireless medium network, and the generation of Diagnostic Trouble Codes (DTC) commanded by fleet managers or autonomously by the engine itself.

Telematics helps a fleet mechanic know when a problem occurs or when maintenance is due. The data allows a manager to know what crews are dealing with, such as traffic and weather. That data leads to reduced downtime, improved service and satisfied customers.

Yahoo Finance claims that “The global construction and heavy equipment telematics market size is projected to reach $1.498 billion by 2026, from an estimated value of $676 million in 2021, at a CAGR (compound annual growth rate) of 17.2%.” 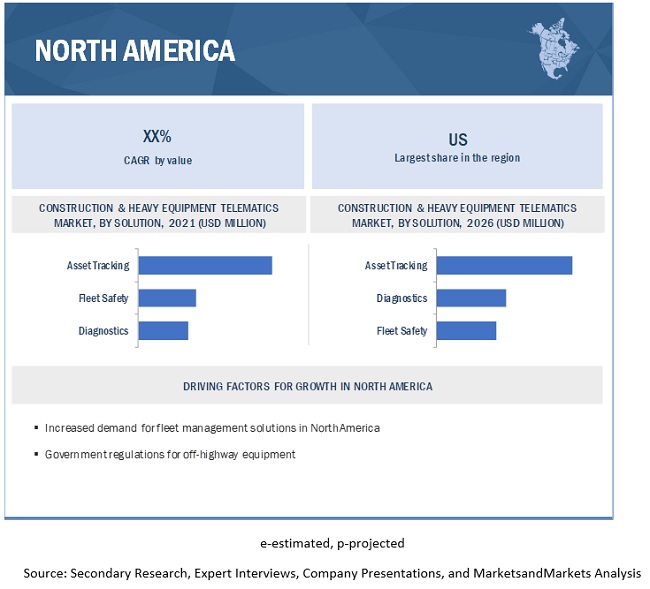 GPS asset tracking is used for every kind of equipment and vehicle such as trailers, generators, forklifts, cranes, earth moving equipment, mining trucks, excavators and a whole constellation of industrial equipment, not just OTR trucks.

Consultant Leslie Smart of Bixby, Oklahoma has many years of fleet management experience and runs Smart Fleet Management LLC, “You want to know … if there are seat belts on … you can find out if the doors are closed and locked. Hard braking, jackrabbit starts, all of those things are essential to fleet management to not only control your driver’s behavior but reduce accidents.”

The Association of Equipment Management Professionals (AEMP) 2013 AEMP Telematics Survey asked members if and how they used telematics in their off-road fleets. According to the survey, “ … a majority of respondents use the technology, but most of them only use it on 1 to 10 percent of their machines. Cost, the complexity of accessing the information, and a lack of demonstrated ROI are given as the primary reasons fleet managers don’t use telematics more extensively.”

The adoption of telematics is low among contractors according to ForConstructionPros.com with between 7% and 17% using the technology according to the source despite becoming a regular feature of OEM products. Caterpillar says “80% of heavy equipment produced for the U.S. since 2009 (comes) equipped with this machine monitoring technology.”

Forensic examiner Merrill M. Mitler Ph.D. of Chapel Hill, North Carolina says driver-facing telematics cameras are useful to fleet managers. “It gives information about the driver’s head position so one can infer what the driver is looking at the time of an incident of interest”, he says.

Some fleet operators who use telematics data are hesitant to use it for a variety of reasons, but the industry is countering this with better education and by creating industry standards. Some small organizations are sensitive to the cost of telematics. Many don’t understand the advantages of cloud-based fleet management and driver management solutions.

According to Behr Tech, many off-road fleet operators have ongoing challenges to adoption. “The first challenge lies in the remoteness of the areas where fleets are operated. Examples include forests, mining sites, construction areas poorly serviced by telecom operators.” Some fleet managers are worried about who or what entity will get ahold of ELD (Electronic Logging Device) data. They consider the data to be theirs, and private.

According to the publication Equipment World, Stan Orr, president of the Association of Equipment Management Professionals (AEMP), says “All the data these guys need comes from the manufacturers; they’re the main root of the tree,” says Orr. “What makes this difficult for the end-user is that each manufacturer does it in a different way.” That can cause frustration as managers try to make sense of their data as they navigate among several different telematics software packages.

Driver Reluctance to Use Dash Cams

“Drivers are reluctant to give up any portion of their privacy and this has been a … hurdle to all sorts of implementations of in-cab monitoring from electronic driver’s logs, forward-directed and driver-directed dash cams. There’s a reluctance to support these kinds of deployments because they feel that their privacy is being intruded upon, “ says Dr. Mitler.

Are you ready to learn more? Talk to a Fleet Advisor today.

How can the industry convince drivers to allow in-cab technology?

“It’s a matter of appealing to their citizenship and demonstrating the increased safety once these devices are employed, and the safety comes in improved driver training, feedback as drivers are accommodating or getting adjusted to their vehicles, and their new whatever new routes they might be driving.” Dr. Mitler continues, “It’s an invaluable source of feedback that can improve driver’s safety, and that should appeal to drivers because they are very much interested in driver safety.”

Fleet managers are becoming more aware of the advantages of fleet and asset management for their off-highway equipment. Former fleet director Leslie Smart says telematics video systems weren’t that common as recently as 2015, “Today they are, and that’s to protect the company that owns the tractor-trailer, but also the driver.”

But how do you deal with drivers who think such systems invade their privacy?

“Put me back in my fleet director’s chair if the drivers would say that to me collectively or individually and I’d say you have no privacy. You’re driving a company-owned vehicle or a company-leased vehicle. Sorry, privacy doesn’t apply”, Smart says.

Smart continues, “That’s a great thing for attorneys. That goes a little too far in my opinion. Why do you need to know how many times a driver blinks his eyes? Everybody is an individual. That’s very subjective.”

According to some, deployment of ELD’s is largely driven by fleet managers and the company culture that they represent, such as entrepreneurship and risk-taking. Government safety and security regulations for off-highway construction and mining equipment are making this common.

In response to complaints that fleet-related data generated by different manufacturer’s telematics hardware are incompatible, the AEMP and AEM have created industry standards to ensure telematics data security. They launched the Telematics Standard in 2010. It is a set of guidelines for OEMS’ four types of off-road machine data: location, hours, fuel use and machine ID.

Some telematics users are frustrated and want more detailed training. “Fleets are asking for better, consistent, more strategic approaches to training… preferably from sources without an agenda,” according to an AEM survey.

“We have a responsibility to help the equipment manager or the fleet owner understand what the ramifications are of telematics and what it can do to improve your operations and business success,” Orr says.

Overall, fleet management tracking hardware and data-crunching software are gaining acceptance among off-highway fleet managers. The key is that a company’s corporate culture must educate and encourage its staff to use this technology.

“Culture is the way a company traditionally does business,” says Stan Orr, president of the AEMP. “How a company reacts to new information is usually determined by its culture”, he says.

As more millennials born after the year 2000 come into the off-highway heavy equipment industry they are adapting to the technology quickly compared to older drivers. Demonstrating how it gives the manager and equipment operator data they can use to their advantage such as vehicle engine status, alerts about machinery faults, and the strong ROI leads to fleet asset tracking becoming a part of the regular workday.

If you’d like to learn more about how GPS Trackit can help to improve safety, increase productivity and reduce costs for your business, speak with one of our knowledgeable Fleet Advisors at 866-320-5810 or get a quick Custom Quote.

At GPS Trackit, we understand the unique needs of businesses in the field service industry.…

Field Service Software for Snow removal is a big business, and it's only getting bigger.…