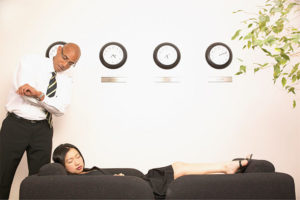 Would Magnum, P.I. have been a 30-minute show instead of 60-minutes if GPS tracking had existed back then? Use of tracking devices has been growing within the private investigator community, making it yet another battleground in the ongoing privacy-vs.-technology battle. Lawmakers in New Jersey are considering a bill that would strike a blow in favor of personal privacy.

Installing a GPS unit on another person’s car without their consent is currently legal in that state. A bill that’s in front of their legislature would make such an action a fourth-degree crime without written consent of the vehicle’s owner. Exceptions would be allowed in cases such as parents monitoring their teenagers.

Many of the bill’s proponents consider GPS tracking to be the modern-day equivalent of wiretapping, with one attorney referring to it as “electronic stalking”. NJ private investigator Jimmie Mesis, who is also editor-in-chief of PI Magazine, appreciates some of the concerns but warns that there is “a fine line between stalking and lawful detection.”

Mesis goes on to state that use of GPS technology is a natural progression for members of his profession. It provides an updated method for them to follow people in an easier and less expensive way.

Not surprisingly, GPS tracking has become the popular choice in cases involving married couples. Spouses are increasingly tracking each other in hopes of gathering evidence of infidelity, thereby gaining an advantage in a divorce or custody battle. In 2011 a woman in Gloucester County, NJ placed a GPS device in the glove compartment of a vehicle that was primarily driven by her husband but owned by both of them. In the divorce proceedings it was determined that there was no invasion of privacy, a ruling later upheld by the state appellate court.

The pending bill implicitly continues the standard of allowing tracking on a vehicle that is mutually owned by a couple. It also does not apply to tracking done by a law enforcement agency.

Mesis makes the point that marital tracking isn’t always about cheating. It can play an important part in preventing parental abductions and other child custody violations. As usual, whenever technology and personal freedoms collide, there are no easy answers.

As always we at GPSTrackIt advocate that you follow all applicable laws in your state when it comes to tracking drivers and their vehicles to prevent possible legal consequences, but with our advanced technology and comprehensive reporting software, you can keep track of assets and your personnel while on the job. Give us a call today at 1-866-320-5810 to chat with one of our representatives to find out more about how GPS tracking may be the right solution for your business.