Can you even remember what the world was like without GPS? It’s become so ingrained in the fabric of our lives that it’s hard to believe it’s been widely available for only 14 years. Even so, many countries are already hard at work searching for the next navigational system. 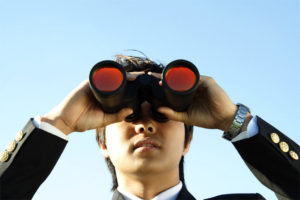 As useful as the Global Positioning System is, it has a major area of vulnerability. Its operation relies on relatively weak radio signals emanating from a distance of just over 12,000 miles. You’ve probably seen for yourself how easily those signals can be disrupted when driving through an underpass or even walking around densely developed downtown streets.

When you experience an interruption in GPS service, it’s little more than a mild inconvenience. But just imagine the consequences for ambulance drivers trying to reach a critically ill person, or worse yet, a cruise missile flying above heavily populated areas.

It could be surprisingly easy for terrorists or other wrongdoers to use a jamming device to wreak havoc with GPS. Cheap pocket-sized versions with a limited radius are already available for employees trying to throw their boss off the trail. Constructing one that could block an entire city isn’t much of a stretch.

The simple answer is to come up with a ground-based navigational system. Not only would it be less susceptible to interference, but it would also provide greater flexibility and more accurate data. So why aren’t we already there?

A ground-based system would require placing an expensive and complex network of hundreds of thousands of transmitters, presenting a logistical nightmare. Even so, it’s worth the trouble to reduce the possibility of deliberate or accidental widespread outages.

South Korea and the United Kingdom are currently installing stations employing Long Range Navigation (LORAN), a system that uses low-frequency, high-power radio waves that are difficult to jam. Right now these stations are used strictly for shipping, but they could form the foundation of an expanded network down the road.

Even the most advanced technology is constantly evolving, and GPS tracking is no exception. As essential as it’s become, it will be fascinating to see the even more sophisticated program that takes its place. When you are ready to look the future in the eye, we invite you to schedule a free demo of our products and services to see just how GPS Tracking can move your business into the future.